Innermost in the Trondheim Fjord

Steinkjer is the southernmost point along Kystriksveien and is located just 120 km north of Trondheim. The city is the county capital of Trøndelag. Steinkjer is also the northernmost and largest city of the Innherred region, which also encompasses the municipalities of Verdal, Inderøy and Levanger.

The coastal road begins in Steinkjer, on the inner part of the Trondheim fjord. Here you can hike up to Oftenåsen and take a seat in the world’s largest garden chair, while enjoying the panoramic views of the city, fjord and the distant mountains. A half-hour drive from the city centre you may visit the Bølareinen petroglyph, dating 6000 years back.

Most of the city centre was reconstructed after the bombing raids during the second World War, and is characterized by the functional architecture from the 1950s and 1960s. An example is the Steinkjer church (1965), which is a landmark in the cityscape.

Steinkjer is the administrative centre of Trøndelag county, and is the southernmost point along Kystriksveien. Steinkjer is often called the village town and when you come to Steinkjer from the south you will see the characteristic agricultural landscape that characterizes the Innherred region. The municipality is large and from the center to the outer boundary of the municipality it is 40 km.

Just north of the center is Egge, which was once a center of power in Norway. Calf Arnasson from the chief farm at Egge was leader of the peasant army that went against Olav Haraldsson in the battle of Stiklestad in 1030.

Every other year, a viking festival is held at Egge. The festival is a family event that draws thousands of visitors. There are also two annual music festivals in Steinkjer; the folk music festival Hilmar festival in November and the rock festival, Steinkjerfestivalen, which takes place in June.

As a centre of commerce, Steinkjer attracts shoppers from a large surrounding area. Here you will find both a charming downtown with a few eateries, cafes and shops, and a larger shopping mall with over 100 stores.

The tourist office / Kystriksveien Info-Centre is centrally located along E6, near the bus and railway station and the shopping centre. Here you can get advice and tips for your trip along both the Kystriksveien coastal route and various experiences and activities in Innherred. 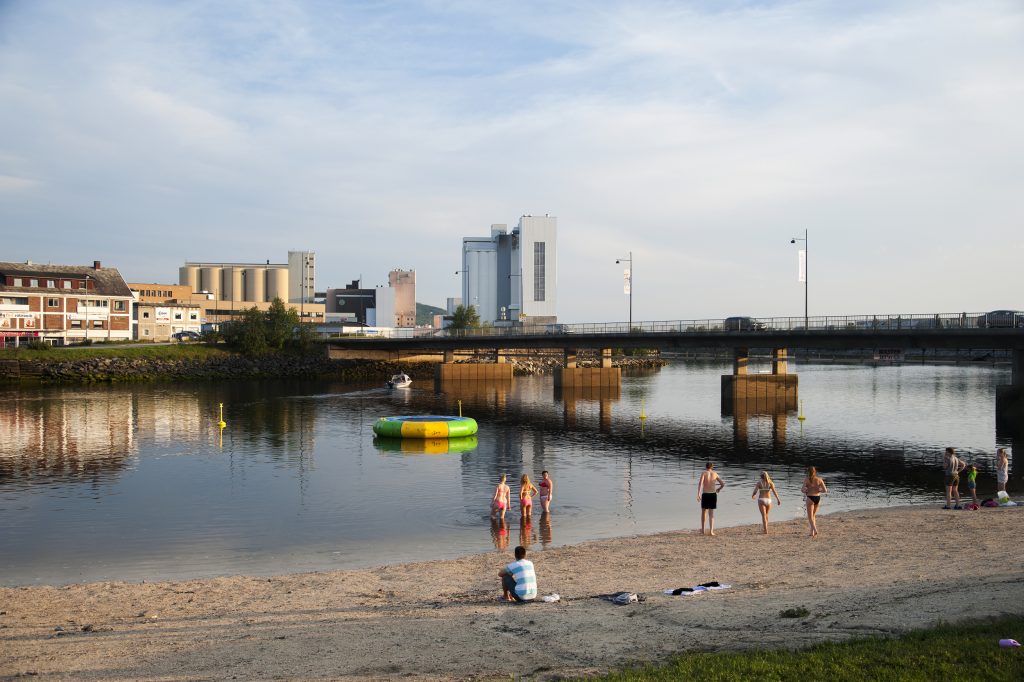 Føllingstua is located idyllically in the southern end of the lake Snåsavatnet, 200 m from highway E6, 14 km north of Steinkjer. Fishing in the Snåsa lake, canoe and boat rental.

Quality Hotel Grand is centrally located in Steinkjer, with all shopping and service opportunities close by. The hotel has single and double rooms with bathrooms, plus suites. Conference facilities with various meeting rooms of high standard, maximum capacity 400 persons.

In picturesque surroundings just a few minutes’ drive from downtown Steinkjer, you will find Guldbergaunet Summer Hotel and Camping. Our family-friendly campground is open year-round.